The diet can get you in the best shape of your life, help fight cancer, and eradicate diabetes; but dammit if it isn’t difficult.

New research from the Federation of American Societies for Experimental Biology says simply supplementing with ketones can do a number on your exercise performance and cognitive function.

Researchers raised circulating ketone levels in rats by feeding them a ketone diet: kibble supplemented with compounds called (R)-3-hydroxybutyl (R)-3-hydroxybutyrate, which accounted for a third of their daily calories. Control rats ate a moderate-carb, moderate-fat diet of the same amount of calories (a third of which was) supplemented with corn starch or palm oil. They were fed the specific diets for five days, then tested: The rats ran on a treadmill and completed a maze.

Compared to control rats, ketone-fed rats ran 32 percent further on a treadmill, completed an 8-arm radial (shape of a wheel) maze test 38 percent faster, and had more energy available during increased workload (based on heart rate).

Manufacturers are beginning to develop products that align with the ketogenic diet, a low-carb, high-fat regimen that analysts say could be the next fad diet.

Global product launches featuring the word “paleo” have increased significantly with room to grow, from single digits in 2010 to more than 300 in the year ended September 2015, according to Innova

Article #3 – Is This Diet the Next Paleo?

“Keto is coming on really strong right now,” said Jason Thomas, owner of Hunter Gatherer Natural Foods, Barrow, Alaska. “It may be the next paleo for sure, especially with the changes in attitudes about fat.”

Like paleo, the ketogenic diet is gaining traction in the health and fitness community as a solution for disease prevention and weight management. Followers of the diet generally aim to eat fewer than 50 grams of carbohydrates daily

“There’s a lot of exciting research being done on the potential health benefits of a ketogenic diet,” Tom Bilyeu, president and co-founder of Quest Nutrition, told Food Business News. “People are looking at everything from the diet’s well documented ability to help control epilepsy to its positive impact on diabetes and potentially even cancer.”

Despite the purported health benefits, the ketogenic diet has its downsides. For one, the lifestyle may not be sustainable over the long term, said Joy Bauer, registered dietitian nutritionist and resident health expert on NBC’s “Today Show.”

“While some research suggests that a ketogenic diet works well for weight loss, it’s difficult to maintain for a long period of time,” Ms. Bauer told Food Business News. “There are carbs in so many foods — beyond bread, rice, pasta, etc. — it’s often tough to restrict so low. Plus, you wouldn’t want to cut all carbs, as many, like fruits, veggies, legumes and whole grains, are important sources of key nutrients that fuel energy, brain power and overall health.

“Also, studies suggest the diet comes with side effects like fatigue, grogginess, a decrease in energy and bad breath. Many of these typically subside after about four weeks, but there’s not a lot of research on the long-term effects of this type of plan, specifically for weight loss. On the other hand, there’s plenty of positive research linking a keto diet to neurological improvements, for example, in seizure patients.”

“But I don’t think it has any staying power or long legs because it’s so tough to maintain — people really love their carbs.” 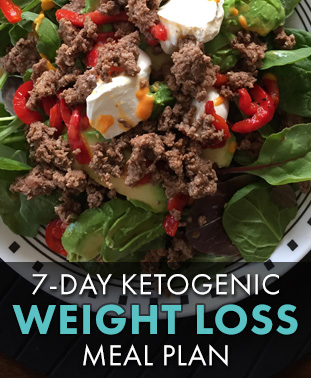